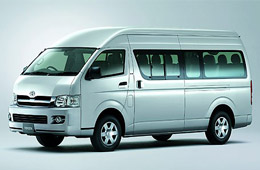 Toyota Motor Company is so large and successful that it is difficult to list all the vehicles that it produces, and has produced. It is even a task to put the vehicles into groups, due to the fact that there are so many crossovers and no clear differences in many cases. They make passenger cars, pickup trucks, SUVs, and multi-seat vehicles, some of which could be described as minivans or minibuses and the others as MPVs or multi-seat family cars. Due to Toyota's excellent reputation for comfort, safety, economy and, most importantly, reliability, they are the first choice for many who are in the market for a vehicle capable of transporting more than four or five passengers. 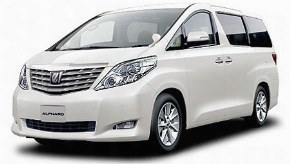 Due to the market demand, in a vast range of prices, specifications and sizes, and in countries all around the world, Toyota has (had) available a vast range of different passenger vehicles designed to transport more than a family of five. A list of most of these MPVs or minivans can be seen at the bottom of this page.
Here at www.dealer-spareparts.com in Bangkok, we are pleased to announce that we can supply genuine Toyota and OEM spare parts for most of the Toyota MPVs and vans produced over the past twenty or more years. It doesn't matter if the vehicle you require parts for is no longer in production or was never sold in the local Thai market, we feel confident that we can supply the lowest-price parts for your vehicle(s). Our confidence is based on three little-known facts. Firstly, most Toyota vehicle parts are interchangeable across models.

They produce far more vehicles and models in each range than they do engines, engine and suspension parts etc. Although two or more Toyota minivans or MPVs may look and drive completely differently, they share many internal parts. Secondly, for logistical and financial reasons, Toyota organizes the production of many parts (and even the assembly of minivans and MPVs) in countries other than Japan. Thailand is one of the most productive of these manufacturing plants, with many models assembled in Chachoengsao, just a few kilometres east of Bangkok. Vehicles and parts are produced there for the Thai market, as well as export to nearby countries and those far from Thailand. 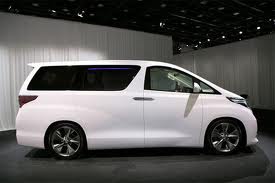 Finally, Toyota, like many vehicle manufacturers, does not make all of the parts in their vehicles. Items such as bearings, ignition systems, brake parts, batteries and many more are produced by other companies in huge quantities and then purchased and fitted by vehicle manufacturers. Once again, even though these parts-producing companies are based in countries such as Japan or elsewhere, they also organize production in Thailand. For these three reasons, we feel extremely fortunate to be located very close to the production factories for Toyota MPV and minivan parts and the sea ports, airports, and land transportation centres, enabling us to access and supply genuine and OEM Toyota MPV and minivans spares (for export or import) at unbeatable prices.

Please contact us today for an obligation-free quotation. Unless specifically asked to do otherwise, we automatically quote for and supple only genuine Toyota parts. However, we have stocks of both genuine and top-quality OEM Toyota spare parts. Our policy at www.dealer-spareparts.com is absolute honesty and transparency, and we pride ourselves on our customer-service-minded attitude. Unlike some other unscrupulous parts distributors, we have long-term business ambitions and value repeat business and a solid reputation much more than making a quick profit less than honestly.
Our team are knowledgeable and helpful in the quotation and supply of new genuine and OEM spare and replacement parts for Toyota passenger and commercial vehicles, including a huge range of MPVs and minivans.