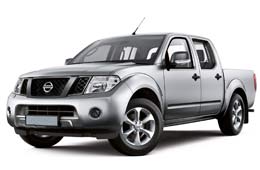 Nissan pickups are hard-working, reliable, and comfortable vehicles which are used in countries all over the world. They first became available in the mid 1980s and have had several upgrades over the following thirty years. Due to the type of use that they have to endure, there is quite a demand for Nissan pickup spare parts. This is not to say that the vehicles are unreliable, because that is absolutely untrue. It's just a fact that high mileage and accident damage will result in the need of spare and replacement parts. 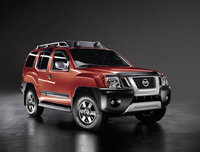 Here at www.dealer-spareparts.com, we supply and have instant access to thousands of different Nissan pickup spares, for models across the range and available in many worldwide markets. Not many people are aware that Nissan Motor Company has long been producing genuine Nissan truck parts outside of Japan, as well as assembling the vehicles at Nissan factories in several countries around the world. In addition, they also buy parts for fitment to their new vehicles. Items such as batteries, injectors, bearings and electronics are often produced by specialist companies before being bought and fitted by the manufacturers. Thailand is one of the countries which Nissan Motor Company has decided to invest in. Cars, pickups, minivans and spares parts for all are manufactured in Samut Prakan, on the outskirts of Bangkok. This situation makes it incredibly convenient for all parties, and reduces costs while keeping the standards and quality at a maximum. They do not only produce and assemble Nissan pickups and Nissan pickup parts for the local Thai market but also for Nissan models destined for markets around the world. This is also due to the fact that so many Nissan pickup spares are interchangeable from one model or market to another. 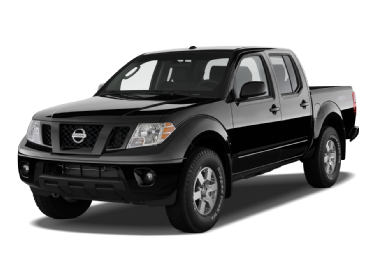 For various reasons, each Nissan Pickup has several names, depending on the market that it is sold in. In reality, there are only a few different pickup trucks produced by Nissan, but subtle changes and names differentiate them in each country. The original D21 Nissan pickup was known by names such as the Navara, Hustler, Camiones, Hardbody, Big M, and Power Eagle King Cab. More recently, the D22 and D40 models have been badged with some of those names, as well as Frontier, NP300, Frontier Bravado, Terrano, Winner, Fiera, Titan, and simply the Nissan PickUp. There are also versions of SUVs based on Nissan pickups, such as the Paldin. To learn more about these, please click on our Nissan SUV parts section.
For wholesalers, retailers and even end users anywhere in the world wanting to purchase spare parts for pickups such as the Nissan Navara D40, Nissan Navara 4x4 or any other model in the current range or discontinued models need look no further than www.dealer-spareparts.com.

Customers in the market for cheap Nissan pickup or car parts online should always think in the long term, and never buy aftermarket or secondhand Nissan Spare parts from car dismantlers or non-genuine suppliers. Buying cheap auto parts online is one thing, but the word 'cheap' has different meanings to different people. To some it means 'low priced compared to other suppliers offering the same products.' To others it means 'inferior in quality.' Generally, aftermarket car parts come in several forms; genuine, OEM, and designed and manufactured to similar specifications, but in factories other than the manufacturers' originals. Nowadays, in developing countries such as China, buyers at all levels must beware of fakes and substandard aftermarket pickup and car parts. It is not uncommon for these suppliers to take advantage of the trust that buying spare parts online demands. Non-genuine parts in genuine packaging and substandard parts in OEM boxes are just a couple of the tricks that are attempted by some unscrupulous distributors. Anyone planning to import car parts or pickup parts needs to have a trusting relationship with their supplier.

At www.dealer-spareparts.com we pride ourselves on honesty, efficiency, and speedy and knowledgeable service. We only quote for and supply genuine Nissan pickup spare parts, unless our customer specifically requests otherwise. Although we offer cheap car parts, 'cheap' means 'good quality, but at prices lower than our competitors.' We have thousands of Nissan spare parts and aftermarket truck parts in stock. Buying Nissan parts online has never been easier or cheaper than from our Bangkok warehouse. Items such as Nissan Frontier parts, Nissan Patrol parts, Nissan Pathfinder parts, or spares for a Nissan Navara King Cab are just a phone call or email away. Japanese car parts don't need to be more expensive than other brands, such as GM auto parts, if you import auto parts independently from www.dealer-spareparts.com, rather than through the franchised networks. Anything in the range, for example, Nissan Frontier accessories, Navara accessories or parts for your used Nissan Navara can be bought at the lowest prices by contacting us today.